The Virtual Geotrail (Stops 01-08) is located on the eastern flank of Mt. Etna Volcano (Italy), along a series of interesting sites showing features related to the 1928 and 1979 eruptions. More in detail, the Stops show eruptions vents/fissures that fed the above cited eruptions, with their associated products and deposits. Furthermore, in some virtual geosites older deposits and morphological features are visible. 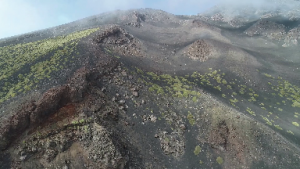 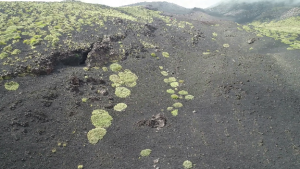 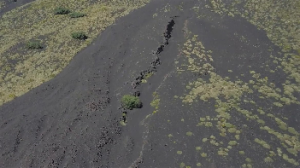 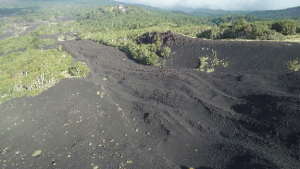 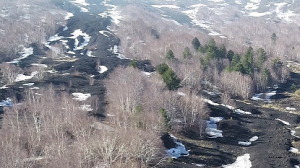 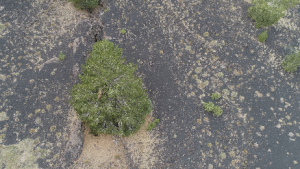 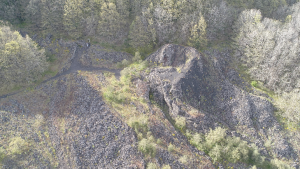 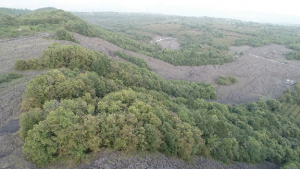 The 1928 eruption had a great impact on the Etna region, causing the destruction of the Mascali village. This eruption involved the NE flank of Mt. Etna causing the formation of a system of ENE-WSW trending dry and eruptive fissures, 7.7 km-long as a whole. The eruption began on the 2nd of November with the opening of an eruptive fissure in the Valle del Leone area; in the following days, the dyke propagated laterally towards the West, and, on the 4th of November, it opened another fissure along the pre-existing Ripe della Naca Fault, at an elevation of about 1200 m a.s.l., producing lava flows that destroyed the Mascali village. The eruption stopped on the 19th of November, after that lava flows had covered an area of 4.38 × 106 m2 with a volume of 52.91 ± 5.21 × 106 m3 and an average effusion rate of 38.5 m3/s (Branca et al., 2017). Dyke propagation from West to East caused the formation of four different deformation settings: 1) a sequence of eruptive vents, 2) a 2.5-km long single eruptive fissure, 3) dry fractures, and 4) an alignment of vents along the pre-existing Ripe della Naca Fault (Tibaldi et al., 2022).